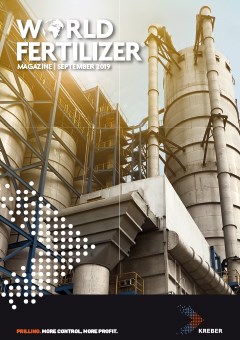 In August 2019, it has been near-on impossible to miss the fact that over 2500 fires are currently burning in the Amazon rainforest. The world news has been dominated with updates of the environmental disaster raging in Brazil. Moreover, celebrities such as actor and environmentalist Leonardo DiCaprio, footballer Cristiano Ronaldo and singer Shakira, to name a few, have been drawing attention to the tragedy by posting articles and photos on social media. The figures and satellite images have shocked the public, triggering a global Twitter trend under the hashtag #prayforamazonia. Even world leaders are chiming in to give their opinion, with French President Emmanuel Macron tweeting, “Our house is burning,” and deeming the incident an “international crisis.”

The Amazon is the world’s largest rainforest, home to approximately 3 million plants and animals, as well as over 1 million indigenous people. Furthermore, the forest is crucial to regulating global warming, with its trees absorbing millions of tonnes of carbon emissions every year. According to the WWF, as well as 20% of the earth’s oxygen, the region also produces 17 – 20% of the world’s water.

However, the fires’ activity is having a major negative impact on the environment. When the trees are cut down or burnt, the carbon they were storing is released into the atmosphere and the reduction in trees also diminishes the rainforest’s capacity to absorb carbon emissions. So far this year, fires in the Amazon have released the equivalent of 228 million t of carbon dioxide, which is the highest recorded amount since 2010. The unique nature of the region’s biodiversity and impact of the region’s ability to absorb carbon emissions, has made this a true natural disaster.

The cause of this most recent spate of fires has been attributed to multiple factors, including natural phenomena such as dry weather, wind, and heat, as well as a direct result of human action. Environmental organisations and researchers have argued that the wildfires were instigated by cattle ranchers, farmers and loggers who want to clear and use the land, encouraged by the country’s pro-business President, Jair Bolsonaro.

This is not the first time, nor will it be the last, in which farmers have come under scrutiny for their impact upon the environment. In the UK, agriculture is currently responsible for approximately 9% of the country’s greenhouse gas (GHG) emissions. However, the National Farmers’ Union (NFU), representing 55 000 farmers, has set a target of net-zero emissions in British farming by 2040. This is to be achieved through the introduction of new technologies such as robots and drones, as well as planting more trees and keeping livestock outside for longer.

The fertilizer industry is also reflecting on its own impact on the environment, such as wastewater and GHG emissions. This month’s keynote article on environmental compliance by Contributing Editor Gordon Cope, focuses on ways in which companies, such as BASF and Haldor Topsoe, are working towards reducing the industry’s environmental footprint as well as outlining ways in which these practices are be furthered in the future. Turn to p. 17 to read more on the subject.