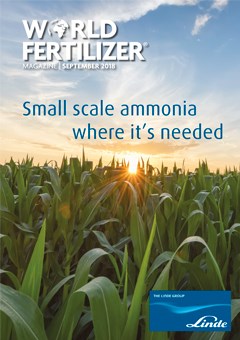 Newton’s Third Law of Motion states that every action has an equal and opposite reaction. In purely scientific terms this means that every action and reaction are a force and are equal in terms of magnitude and opposite in direction. The two are inseparable – you slap me and we both experience pain. Fire a gun and it will recoil. Because of this fundamental logic it has become enmeshed in popular parlance and it is used frequently where one transfer is contingent on the other. We get a kick out of these concepts and there are lots of variations, Quid pro quo, tit for tat, give and take, the law of unintended consequences, and even the butterfly effect. All based, often somewhat loosely, on Newton’s premise that action and reaction are paired.

Unintended cause and effect, or action and reaction, conspired precisely in this manner during June in Europe when in the midst of a Summer heat wave and with the football World Cup in full swing, it was reported that beer supplies were suddenly in short supply across the continent. Inevitably this led to panic buying that only served to exacerbate the problem. The cause of this supply disruption was a lack of CO2 widely used to provide the bubbles in fizzy drinks, as well as in fresh food packaging and even in meat processing plants to stun animals prior to slaughter. CO2 is a by-product of ammonia production and with market prices for this key fertilizer ingredient at a low, a glut of available supply plus the high cost of natural gas feedstocks, many European producers had embarked on extended maintenance programmes, and in a couple of cases forced shutdowns, in 2Q18, causing acute shortages of CO2 at many breweries and industrial facilities.

This unforeseen consequence of ammonia plant shutdowns is clearly not a cause for real alarm and the problem has gradually been rectified as plants come back on stream, but all too often the results of actions taken unwittingly do unfortunately have significant consequential knock-on effects. For example, Turkey’s Southeastern Anatolia Project (GAP) will undoubtedly provide a significant boost in terms of energy and jobs within Turkey. However, the construction of 22 dams along the Tigris and Euphrates will have an adverse effect on downstream Iraq at a critical time in the country’s regeneration. Water levels are already dropping significantly in Iraq and with more than a third of the country’s 37 million population reliant on agriculture, the implications must provide cause for concern for the international community. But so too should the looming threat of trade wars between key economic power houses around the world, the imposition of new sanctions on Iran, and the ongoing Brexit negotiations between the UK and the European Union to name but a few of the issues currently filling news pages. For every action there is a definite reaction but it is often some time, and only with the benefit of hindsight, before we truly understand the implications of that reaction.

This month World Fertilizer will be out and about attending the Ammonia Symposium in Toronto, the Anna Conference in Calgary, the Turbo Machinery & Pump Symposia in Houston, The GPCA Fertilizer Convention in Muscat, and the Africa Fertilizer Agribusiness Conference in Cape Town - it is certainly going to be a busy month. We look forward to meeting many of our readers at these key industry events.