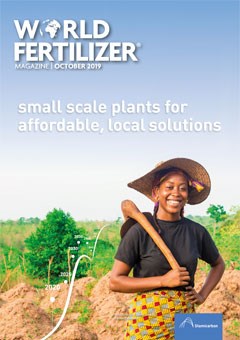 This month sees the publication of the World Economic Forum’s Regional Risks for Doing Business 2019 report. Published in partnership with Marsh & McLennan Companies and Zurich Insurance Group, the report coalesces responses from 13 000 business leaders in 133 countries around the world. These captains of industry were asked to select the top five global risks that were of most concern to them in their country for doing business over the next 10 years. The results provide unique insight into business risk perception on a regional and global level. Overall, the top three risks were ‘fiscal crises’, ‘cyber attack’ and ‘unemployment’ with ‘energy price shock’ and ‘failure of national governance’ coming in at four and five respectively. Others in the top ten were ‘data fraud’, ‘interstate conflict’ and ‘failure of critical infrastructure’.

It is perhaps no surprise that three out of the top five risks are economic-related risks, as these are business leaders who were questioned. However, there are two in the top five that stand out; ‘cyber attacks’ and ‘energy price shocks’. In the case of cyber attacks, this ranked second overall in the poll and as the most important risk for European and North American businesses. This is the second year in a row that this has ranked as the number one concern for businesses in these developed economies and is a vivid illustration of the modern-day threat of sophisticated and prolific cyber crime. According to the Hiscox Cyber Readiness Report 2019, 61% of European businesses reported cyber incidents this year in comparison to 45% in 2018. Elections across the region, including European elections in May, were affected by cyber incidents and as in North America, the concept of ‘fake news’ is of genuine concern due to its disruptive potential.

Indeed, with the US presidential election taking place in 2020, the US government is looking at ways to mitigate the threat of cyber interference as a matter of urgency.

‘Energy price shock’ came in as the fourth greatest risk globally but in first place in the Middle East and North Africa. Again no surprise here where regional economies, despite efforts to diversify into other industries, are still almost entirely reliant on oil and gas revenues. With rates of youth unemployment running at upwards of 12%, a volatile oil price is of serious concern to the major oil and gas states. Just how susceptible the oil and gas industry is to an energy price shock was evidenced in mid-September when 18 drones and seven cruise missiles effectively disabled half of Saudi Arabia’s crude oil production, leading to an overnight 20% increase in the global oil price. That this attack was carried out using relatively cheap and unsophisticated weaponry and in spite of the huge investment Saudi Arabia has made in missile defence systems makes it even more concerning. Whilst oil prices quickly eased with the news that Saudi Arabia had been able to restore 50% of the lost production almost immediately, with the remaining output due back on-stream by the end of September, this event underlined how oil prices do not reflect the heightened risk of geopolitics within the Gulf region. Going forwards and in the aftermath of these attacks, the price of crude is likely to include a risk premium of up to perhaps 10% on the basis that a similar attack could occur at a future date with very little warning.

In considering the significance of this recent event, it is important to remember that every US recession in the past 50 years has either been caused, or was contributed to significantly, by an oil price shock and all but one of these recessions over the years by a conflict in the Middle East.

For the fertilizer sector, natural gas, whose price is generally correlated to crude oil, is a key input in the production of nitrogen fertilizers. Similarly, for phosphates and potassium, both of which are mined and processed, energy makes up a significant proportion of their direct costs. On this basis alone, ‘energy price shocks’ will certainly appear high up on fertilizer manufacturers’ lists of leading risks for doing business as they look ahead to 2020 and beyond.