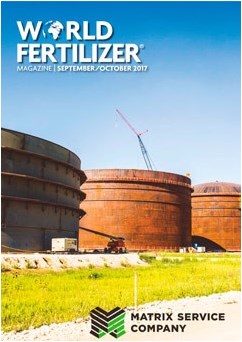 Hurricanes, typhoons and tropical storms are a fact of life in many parts of the world and no less so than parts of the US and the Caribbean. Nonetheless, 2017 has been a particularly brutal year.

Although the hurricane season is not officially over until the end of November, a series of category 3 or greater hurricanes have already churned through the region wreaking unprecedented havoc and destruction over a vast area. A number of Caribbean islands have been left almost entirely destroyed, without power and with many thousands of people displaced from their homes. The clean-up and rebuilding operation across the region will take years and with the majority of these islands heavily reliant on the tourism industry, the fallout from the 2017 hurricane season will be severe.

The southern US states of Texas, Louisiana and Florida were hit hard and in quick succession by hurricanes Harvey and Irma with significant infrastructural damage and the loss of over 100 lives. For the US, 2017 ranks as the 17th deadliest hurricane season since 1900. The 2005 season, still fresh in the minds of many, which included Katrina and Rita, ranks in fifth place, whilst the most deadly season on record was in 1900 when the Galveston hurricane lead to an estimated 8000 deaths.

It is clear that the damage and disruption caused by Harvey and Irma will have an impact on the energy and chemicals sectors in the US. Texas is home to 31% of US refining capacity and the Houston chemical complex accounts for almost two thirds of US primary plastics production and 45% of basic chemical production. Many facilities were inundated with floodwaters in the wake of record rainfalls and the media was full of images of submerged refineries and petrochemical plants. Arkema’s Crosby plant grabbed the headlines with reports of its impending explosion due to floodwaters knocking out its primary and backup refrigeration systems, bringing back vivid memories of the 2013 West Fertilizer Company ammonia nitrate explosion. However, in the event, whilst the initial storm impacts were severe, the longer term effect on the energy and chemicals industry appears to be short lived.

Refineries and chemical plants, including the worse hit such as the Motiva refinery in Port Arthur, are steadily coming back onstream. The Mosaic Company’s phosphate facilites in Florida appeared initially to be the greatest concern within the fertilizer sector but the company was quickly able to report only limited damage.

It appears that a combination of improved weather forecasts from the US National Weather Service and lessons learned from previous hurricanes in the Gulf of Mexico have had a major impact on the energy and chemical sector’s ability to prepare for disaster. The Financial Times reports Karen Harbert, President of the Global Energy Institute at the US Chamber of Commerce, as saying, “The industry learnt a lot from Rita and Katrina, and invested in resiliency. They hardened a lot of facilities to withstand wind and flood damage.” Examples of this are widespread and include better backup systems, control rooms and substations relocated to higher ground and the construction of improved floodwater defences.

That these measures have had such an immediate impact is encouraging especially in the light of research into global warming and warnings of the increased threat of severe weather events escalating in years to come. Clearly there are lessons still to be learnt as the Arkema Crosby plant demonstrates, but that they are being heeded is good news indeed for this critical industrial sector located as it is in the hurricane belt.