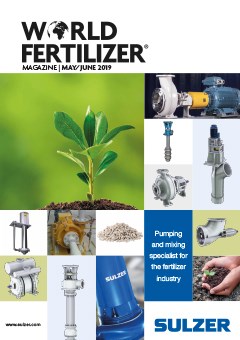 Insects as food? This concept was introduced to me at an early age, as in the Lion King, Timon and Pumba managed to feed a male lion to maturity on just insect protein. The consumption of insects is considered distasteful in the West, yet there are a plethora of countries that currently use critters as an alternative protein source. According to Wikepedia, around 3000 ethnic groups practice entomophagy (the consumption of insects). With over 1500 species providing a 65% protein source, it is undoubtedly a viable future food option. At a recent conference hosted by Stamicarbon, a distinctly unique presentation by Bas Godshalk of Insectsforall, made me re-think the use of insects as a food source and even persuaded me to venture to try one during the lunch break (a smoky barbeque coated cricket).

The presentation initially received mixed reactions, even some laughs, and yet by the end, a queue developed to try the delicacy in its many forms. This being a conference about the future of food, agriculture, and fertilizer, it was unsurprising to see the attendees jump at the chance to try what could end up becoming a vital protein source seen freeze packed in our supermarkets.

After all, 70% of our arable land is already used for rearing animals. With a growing population size, which is expected to reach 9 billion by 2050, there is simply not enough land to keep up with demand – especially when agriculture is already to blame for much deforestation. When reflecting on those figures, utilising this quick and accessible protein source does not seem too distant a possibility.

Insects could not only help cure our ‘food’ problem, but could also aid the environmental burden of fertilizer and food production. With the UN recently reporting that animal farming is responsible for 14.5% of CO2 emissions, with red meat accountable for 65% of that figure, future solutions are required. There are however some obstacles to overcome before the insects would reach our plates. Issues such as Novel Food Regulations and high costs means that rearing meat, is for now, the cheapest and most accessible protein source.

I am still far from hoping to see an array of flavoured insects on my dinner table in the near future, however as an industry we need to be sourcing new avenues of nutrition, no matter how unorthodox they may seem. As TED states there “are not simply alternatives to animal food, there are analogs of them, or even new kinds of them”1. The future of food is a complex issue that needs innovation, new ideas, and most importantly new mindsets, however it will undoubtedly be consumer preferences that dictate the outcome.

In this issue of World Fertilizer we cover features such as materials handling, urea technology, and corrosion. More on food security and the future of fertilizer can be seen on pg 45, when I discuss in further detail the lessons learnt from Stamicarbon’s Future Day.

I hope you enjoy the issue and please tweet us any pictures of your insect eating experiences.