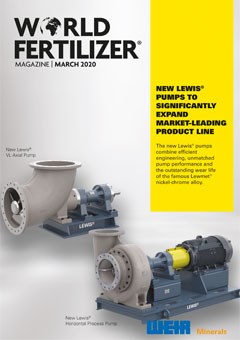 Time’s Person of the Year is an annual issue of Time magazine which profiles a person or group ‘that had the greatest impact on the news, for good or ill.’1 In December 2019, the person selected for her environmental activism on climate change was 16-year-old Greta Thunberg. Now just turned 17, Greta has also been nominated for the Nobel Peace Prize for the second time.

While climate change is not a new topic of international debate, the subject has increasingly become more dominant, particularly in popular culture. In February 2020, Kim Kardashian announced she had been eating primarily plant-based foods since April 2019, joining many other vegan celebrities such as actor Zac Efron, singer Beyoncé and director James Cameron.

With so much global attention on the topic of climate change, industrial sectors are feeling the pressure to reduce their emissions. With the introduction of IMO 2020, the shipping industry has been making radical moves to reduce emissions, particularly of sulfur oxides (SOX). From 1 January 2020, the limit of sulfur in fuel oil used on board ships operating outside designated emission control areas has been capped at 0.5% mass by mass.

Although IMO 2020 is definitely a step in the right direction, SOX is not the only emission that the shipping industry produces. Currently, shipping creates approximately 2% of global carbon dioxide emissions (CO2). Thus, the industry is seeking alternatives to traditional fuel. One possible solution has been selected not from the petrochemical industry but from the fertilizer industry, or more specifically ammonia. As the chemical burns without producing CO2, the industry is hoping that it can be used in ships’ engines as a replacement for diesel.

However, although ammonia can be burnt without generating CO2, the production of ammonia is a major source of carbon. A report by the Royal Society has revealed that ammonia production currently creates 1.8% of global CO2 emissions – the most of any chemical industry.2 Thus, in order for ammonia to be a viable solution for the shipping industry, as well as help reduce the fertilizer industry’s own emissions, companies are currently working on solutions.

Traditionally, ammonia is made using methane, water and air. Steam methane reforming (SMR) is used to produce hydrogen before ammonia is created through the Haber Bosch process. Approximately 90% of CO2 generated during ammonia production is from the SMR process. One way to bypass this problem is through the capture and storage of the carbon (CCS) produced by the SMR process. Alternatively, SMR can be bypassed completely by generating hydrogen through water electrolysis (using sustainable electricity through the process). The ammonia produced using the latter method is 100% renewable, carbon-free ‘green ammonia.’

And with progress already underway in the development of green ammonia technologies it should not be long before ships are running on the cleaner chemical. MAN Energy Solutions is currently in the process of creating a two-stroke ammonia-powered engine, which the company expects to be ready for commercial use in 2024.3

MAN Energy Solutions has been placing significant emphasis on its work in reducing emissions and if you are interested in reading more on the company’s development of CO2 compressor technology, you can turn to p. 67.