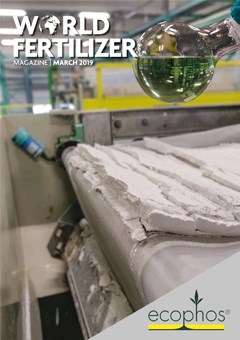 Will the West’s appetite for globalisation continue to diminish in 2019? Certainly it seems that there has been a tangible shift by some of the major economies of the world away from liberalisation and toward protectionism. You only have to look to the US where President Trump has used the premise of ‘national security’ to impose tariffs on the import of steel and aluminium. Not only this, but Trump has also singled out China for special treatment and embarked upon a trade war over ‘unfair’ trading conditions. Equally, across Europe a number of far-right political parties have gained traction on anti-immigration platforms and the United Kingdom continues to grapple with the complications and fallout from the result of its controversial Brexit referendum in 2016.

Where nations turn away from the global arena and instead look inwardly toward nationalism, inevitably economic vacuums are created in developing economies around the world that are suddenly devoid of international attention and crucially the investment and finance they are reliant upon. This has presented opportunities for nations such as Russia to come to the fore. Since its annexation of Crimea and the subsequent deterioration of relations with western countries, and ensuing sanctions, Moscow has been actively cultivating new friends and fresh alliances across Africa in a bid to bolster its global geopolitical clout. This is a region in which former colonial powers, such as Britain and France, have long held sway. Russia’s diplomatic advances are causing consternation amongst these former powers as it builds influence across Africa.

Russia’s unique offerings, to sometimes controversial African regimes, includes military capability, in terms of both hardware and training, and crucially, expertise in the natural resources sector including oil and gas and mining technology. Consequently, Russia’s trade with Africa increased 26% to US$17.4 billion in 2017 and between 2012 and 2017 it sold twice as many arms across the continent.

In just the last month, amid an economic crisis at home, Zimbabwean President Emmerson Mnangagwa has secured agreements from Russia’s President Putin for investment in the country’s diamond industry, a fertilizer supply contract and other financial deals worth hundreds of millions of US dollars.

Large scale investments such as these are not confined to Zimbabwe or indeed Russian. China too has vast influence across the continent from Algeria to Uganda and is investing heavily in natural resources and infrastructural projects. The geopolitical map is certainly changing in Africa and it is a clear illustration of a changing world order as key North American and European powers become more insular in their global outlook.

Not so World Fertilizer. We continue to provide a global perspective on the worldwide fertilizer market. This issue includes a detailed overview of the international phosphate market by Sylvia Traganida of UK market intelligence specialists ICIS. It is also accompanied by a regional report on North America by regular World Fertilizer contributor, Gord Cope. Both of these reports coincide with the CRU Phosphates Conference which is being held in Florida from 25 – 27 March 2019. World Fertilizer will be attending this key event and we look forward to meeting you there.