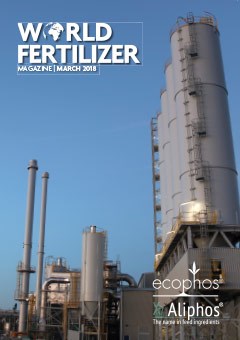 This month’s regional report focuses on the vast continent of Africa. Comprising over 50 different countries, Africa has a huge diversity of human, physical and environmental conditions with a correspondingly wide range of opportunities, challenges and lifestyles.

Fundamentally, there is no ‘one size fits all’ stereotype that can be applied to the nations and people of Africa, but there is a certain commonality that runs through the continent in a number of key areas, not least of which is its governance. In this regard, we have witnessed change on a level not seen for decades. In the matter of a few short months, a number of high profile African rulers, from as far afield as Angola and Zimbabwe and Ethiopia and South Africa, have been swept aside. The most recent of which were Ethiopia’s prime minister who has run the country for 27 turbulent years and South Africa’s President Jacob Zuma who was forced out in favour of Cyril Ramaphosa. These dramatic events were preceded by the sudden and unexpected demise of Robert Mugabe, President of Zimbabwe, who had ruled the country since 1980 and Jose Eduardo dos Santos of Angola who had been in charge of Angola for 38 years.

Politically, Africa can be a turbulent continent, but a series of events on this scale are unprecedented and it remains to be seen whether this ‘African Spring’ is a harbinger of further wholesale upheaval across the continent or whether it has run its course and in so doing cleared out the worst examples of political excess. What is clear is that there is a growing undercurrent of dissatisfaction with the apparent wealth of the ruling elite amongst the largely poor populace and a desire for more inclusive policies that benefit the majority rather than the privileged few.

The mismanagement of resources is also a contentious issue across the continent and nowhere can this be more clearly observed than in South Africa. At the time of writing, Cape Town is desperately seeking to avoid ‘Day Zero’. This is a date that has been calculated to occur in early June when the city’s water sources will fall below a critical 13.8% forcing the adoption of emergency rationing. Dam capacity currently stands at just 28.1% following three years of severe droughts brought on by the El Niño weather phenomenon. Rationing is already in place with residents limited to a mere 50 litres a day. Fortunately, this action has proved beneficial moving ‘Day Zero’ from mid-April to June, but if the necessary rains do not arrive in time, traditionally the rainy season is May to August, residents of one of Africa’s richest cities will be faced with the reality of taps being cut off to homes and a daily quota of 25 litres from standpipes in the streets. This situation could have been averted with proper planning – the city’s population has increased by 50% over the past decade – but political infighting has lead to little if any long-term preventative measures being implemented.

Scarcity of water supply and political instability are just two of the many factors that have long held back the fertilizer sector in Africa. A huge amount of potential demand is waiting to be unlocked in Africa. Fertilizer is proven to increase yields and improve productivity, but the usage rate remains low across the continent. Priyanka Khemka of Nexant, US, examines this conundrum in the context of the natural gas market in her article which begins on page 12. World Fertilizer will be distributed at the forthcoming Phosphates 2018 Conference and Exhibition in Marrakesh, Morocco, in March. We hope to see you there.