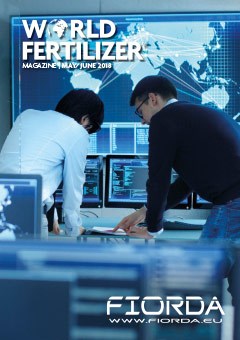 Despite its huge population, India is not participating in the 2018 FIFA World Cup. Sadly, this is nothing new for the national team, which has never been involved in the tournament, and whose golden era arguably ended in 1962 after winning gold at that year’s Asian Games.

While India fails to impress, other BRICS nations are experiencing varying levels of success. Brazil is currently a favourite to win the tournament altogether; Russia has the honour of hosting the games; China’s domestic league is continuing to attract top tier players away from Europe (and vastly improving its footballing infrastructure); and South Africa only recently hosted the games itself in 2010.

So why is such a large country failing to live up to its potential? A number of reasons can be cited, including a lack of scouting, infrastructure, coaching and opportunities for young players. In a country that faces mass poverty, it is perhaps not surprising that the vast majority of potential superstars never get the chance to learn from world class coaches, train in state-of-the-art facilities, or even play for a professional team.

Whilst success is still yearned for by the owners of clubs, their methods of achieving it focus less on the good of India and more on short-term success. Former world class players, such as John Arne Riise and Luis Garcia, have joined teams in India, but long after their peak, meaning their names and reputation were the main reasons for their contracts, not their talent.

India’s fertilizer sector, on the other hand, does appear to be making positive steps towards long-term success. Indeed, this year alone, a number of fertilizer plant contracts have been signed. For instance, TechnipFMC recently announced that it, in consortium with L&T Hydrocarbon Engineering (LTHE), has been awarded major engineering, procurement, construction and commissioning (EPCC) contracts by Hindustan Urvarak and Rasayan Ltd (HURL) for two state-of-the-art natural gas based fertilizer complexes in Eastern India, each of which will be capable of producing 3850 tpd of urea and 2200 tpd of ammonia. HURL is a joint venture (JV) led by three Indian public sector companies – Indian Oil Corp. Ltd, NTPC and Coal India Ltd – in partnership with Fertilizer Corp. of India Ltd and Hindustan Fertilizer Corp. Ltd.

Nello Uccelletti, President of Onshore/Offshore business at TechnipFMC, said: “We are honoured to be entrusted the execution of these prestigious projects in consortium with LTHE which demonstrates our long-term commitment to India and strengthens our leadership in executing challenging projects in fertilizers, refinery and petrochemical sectors. The project is of great national importance to India to address the demand of urea in the domestic market and thereby, boosting the economic growth of the country.”

These natural gas based facilities are of particular interest because, as Nexant’s Priyanka Khemka and Thomas Heinrich discuss in their article on page 16, changes in the country’s gas market are set to have major implications on the Indian fertilizer industry. Indeed, although the outlook for increasing gas use in India is encouraging, price remains a key factor. This is particularly important in light of the nation’s increasing requirement for gas imports. As Khemka and Heinrich state, “Pricing and on going government support in the form of volume allocation and sectoral subsidies are both crucial for the expansion of India’s nitrogen fertilizer sector.”

More information on the Indian fertilizer market can be found throughout Nexant’s article. This issue will also feature detailed, technical articles from Stamicarbon, Structural Group and SafeTraces, covering a number of features, including blending & bagging, urea technology and corrosion & abrasion resistance.

Let’s hope that India’s leaders in football can learn some lessons from the nation’s fertilizer sector, and start investing. We hope you enjoy this issue of World Fertilizer magazine, as well as the World Cup!