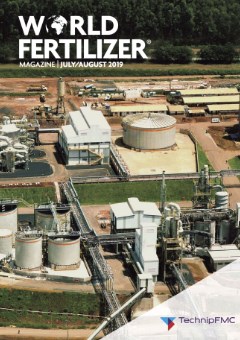 However, the UK was by no means alone in experiencing this uncharacteristic heat wave. As superheated air travelled up from North Africa on atmospheric currents, temperatures were boosted across much of continental Europe. This short period of exceptionally hot weather also saw a record temperature in Paris of 42.6°C. This was 2.2°C higher than the previous Paris high of 40.4°C set in July 1947. France itself recorded a record high temperature of 46.1°C, as did Germany, 42.6°C, Luxembourg, 40.8°C, Belgium, 40.2°C, and The Netherlands, 40.7°C.

These record temperatures, caused by fundamental changes in weather patterns in regions outside Europe, are a timely reminder of the very real effects of climate change. North African temperatures in many parts of the region are already typically 2°C higher than pre-industrial averages. This scenario looks set to escalate as the region appears to be disproportionately affected by rising temperatures. Whilst the global average rise in temperature is closer to 1°C, it is important to remember that the overall rise is not an even 1°C throughout the world. Some regions have clearly warmed up significantly more than others and in turn, rising temperatures will surely lead to water shortages, desertification, drought and inevitably food scarcity.

The new IHS Markit NPK Compound Fertilizers report identifies how compound fertilizers can be tailored specifically to dry climates and can play a part in overcoming food shortages.

It is a fact that without fertilizer, up to half of the 7.4 billion people on earth would not be alive today with approximately 50% of global food yields attributed to fertilizer. However, with the world’s population expected to further expand to 10 billion by 2050 and with a resulting decline in the amount of arable land per capita, it is clear that the role of fertilizer is set to become ever more vital. Compound fertilizers, which can be formulated based on the specific type of crop and soil, will be a key part of the solution. As report author Bala Suresh, Executive Director of IHS Markit, states, “The fact that these fertilizers are compounded enables them to be less soluble in groundwater. This makes them suitable for dry soils and areas prone to droughts, such as in many Asian and African countries”. They will therefore very likely play a key role in meeting the world’s rapidly increasing demand for food production at a time when changing global weather patterns, as illustrated by the recent European heat wave and average temperature increases in North Africa, mean that farmers need all the advantage they can possibly get.

This issue includes a regional report on Middle Eastern urea supply and demand and a keynote article on European Union UAN anti-dumping duties, as well as technical features on phosphate processing, dust control and compressor technology plus so much more. Whether you are reading this in print format, digital or via our app, we hope that you enjoy the issue and welcome your feedback.