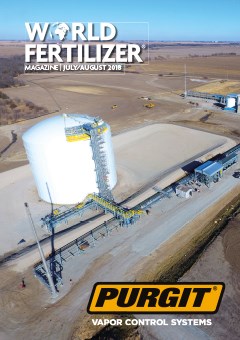 The term ‘British summer time’ is usually something of an oxymoron. Barbeques ruined by unexpected showers; shorts and flip-flops in 12°C; and Sundays spent in front of the television dreaming of that elusive beast, the Sun.

This summer, however, has been truly wonderful by any standard. Regular temperatures of 28°C and above and an unusual lack of rain have seen the British flock to beaches, parks and gardens in droves, determined to make the most of the Mediterranean climate while it lasts. There is no doubt that the summer of 2018 will be discussed nostalgically for years to come.

Sadly, what is good for the public is not always best for those in the agriculture industry. Indeed, according to one article in the Financial Times, farmers have already called for emergency assistance from the UK government in order to help deal with the “crippling” effects of the heatwave.1 As if that wasn’t bad enough, severe snow in the closing weeks of last year means that farmers have not altogether had the most enjoyable first half of 2018.

Livestock farmers have reportedly had no other option but to use winter feed or, in the worst cases, send their livestock for slaughter simply because there is not enough grass growing in the fields. Soft fruit farmers, meanwhile, are facing problems of their own. According to the article in the Financial Times, these farmers are dealing with the consequences of the Brexit decision in 2016, as seasonal workers (many of whom are from Eastern Europe) are now seeing the UK as a less attractive destination.1

Hopefully, these issues in the agriculture sector can be solved by a combination of rain and a clearer direction from the UK government with regards to post-EU-membership policy.

However, it is not only the UK that is dealing with these unprecedented temperatures (both climatically and politically speaking). Indeed, according to an article in The Guardian, Russia has experienced wildfires that affected approximately 80 000 ha. of forest near the Krasnoyarsk region.2 Reportedly, this region has experienced daily anomalies of 7°C above average.

Despite the heatwave’s considerable impact on European agriculture, the Russian fertilizer industry is actually seeing production growth, which Liana Davletshina of Argus explores in more detail in her article on page 10.

Where this fertilizer will go and what effect it has on the fertilizer market remains to be seen, but it will certainly be interesting to see the impact that such an increase in production will have.

In the meantime, let’s enjoy the last of this summer weather. There is little doubt that, in the UK at least, it will not be long until clouds, rain and wind rear their ugly heads and resume their position at the top of our skies. Hopefully the remainder of August and September will provide us with many more scorching days to come.

We hope you enjoy this latest issue of World Fertilizer.