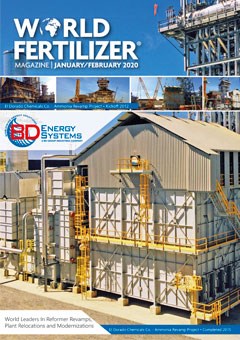 It is a well-established fact that most New Year’s resolutions fail. Common choices of ‘reading more’, ‘eating better’ and ‘exercising more’ are wishy-washy statements with no set goals or deadlines, meaning that they are often easy to give up as there is usually no measureable moment of achievement.

This year, instead of punishing myself with a long-term resolution, which I probably would have already failed and forgotten about by now, I chose to set myself a more short-term challenge: Veganuary.

People have many reasons for participating in increasingly popular month-long movements such as Dry January and Veganuary, including raising awareness for specific charities, saving money, losing weight, general health and wellbeing, etc. Personally, one of the main reasons I chose to take up a plant-based diet for a month was to do with my cooking abilities – or lack of.

Most of my meals pre-Veganuary consisted of what was cheap and easiest to cook in the shortest amount of time, often resulting in food that was lacking nutrition and covered in cheese. Forcing myself to spend time researching recipes and preparing fresh food has allowed me to become more self-sufficient on my own cooking, no longer as reliant on pre-packaged and processed food.

India, too, has been making efforts to become more self-sufficient on its own resources. In January 2020, the central government announced that five (previously closed) fertilizer plants set to be reinstated are expected to help the country achieve zero import dependency on urea. Current production of urea amounts to 24 million tpy, meaning that India has to import 8 million tpy in order to meet the country’s 32 million tpy need. The revived sites are expected to produce a total of 6.25 million tpy of urea, drastically reducing the nation’s reliance on imports.1

The five plants are located at Talcher in Odisha, Ramagundam in Andhra Pradesh, Gorakhpur in Uttar Pradesh, Sindri in Jharkhand and Barauni in Bihar. The first plant, a coal gasification based fertilizer plant owned by Talcher Fertilizers Ltd, is scheduled to be commissioned by September 2023, with an estimated 10 000 people expected to obtain either direct or indirect employment as a result of the project.1

The central government of India is not the only body that is working towards becoming more self-sufficient within the fertilizer industry. In July 2019, I was invited to Russia by the EuroChem Group to visit its newly opened ammonia plant in Kingisepp. The US$1 billion project has been designed to ensure that the company can be self-sufficient on an important component of its fertilizer production needs. If you are interested in learning more about this project, you can turn to p. 76 to read an in-depth article outlining the current accomplishments and what the company have planned for Kingisepp’s future.