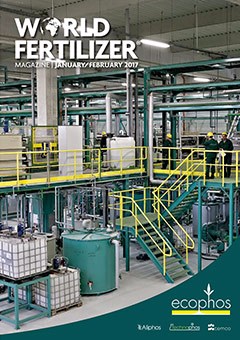 “If you build it, they will come”

Misquotes from movies are much more prevalent in everyday popular culture than you might think. We use them all the time and the more they are repeated, the more they become ingrained in our collective consciousness. In the original films, Tarzan never said, “Me Tarzan, you Jane”, nor did Darth Vader say, “Luke, I am your father”. Similarly, Dirty Harry didn’t utter the infamous line, “Do ya feel lucky, punk?”, Bogart and Bergman never quite said, “Play it again Sam” and no one ever demanded “Beam me up Scotty” in Star Trek. In each case, what they said was very close but not these precise words, which over time have been disseminated into popular jargon.

The title of this comment is no different. Whilst wandering around his cornfield in ‘Field of Dreams’, Kevin Costner actually hears the words, “if you build it, he will come”. However, ever since the film was released in 1989, the phrase has been oft misquoted, particularly by the business community, and has come to represent a tacit justification for commercial endeavour. It is arguably not the soundest investment advice; we can all attest to the construction of ‘white elephant’ projects that never found a market, but in the case of the fertilizer sector, it rather aptly characterises the quite staggering renaissance that is currently underway in the US.

Fast forward to the present day and there is fundamental change afoot in the US fertilizer sector. The catalyst for this change has been the shale gas revolution. Natural gas is the key component in the nitrogen manufacturing process in terms of both feedstock and operating costs. With the cost of natural gas at record lows in the US and projected to remain at these levels for the foreseeable future, fertilizer manufacturing is an ideal means of monetising this low-cost resource and regaining lost market share. There are currently at least 12 projects under construction with the potential to lift US fertilizer production back up to 70% of domestic demand and beyond. Indeed the reliability and availability of low cost natural gas in the US means that this could well be a period of rapid and sustained growth in the US fertilizer sector, leading to the establishment of an export market for low cost US producers. In this scenario, “We’re gonna need a bigger boat”, a frequent misquote from the 1975 movie Jaws, may in fact be spot on ...

Articles by Gordon Cope, Contributing Editor, on p. 18 and Richard Ewing and Deepika Thapliya, ICIS, UK, on p. 24 in this January/February issue of World Fertilizer provide considerably more detail on both the North American ‘Big Build’ and the key role of natural gas in the cost-effective manufacture of fertilizer.

We do hope that you enjoy the issue and wish you a happy and productive 2017.

Finally, if you have not done so already, please download the World Fertilizer App. Further details can be found on p. 62.