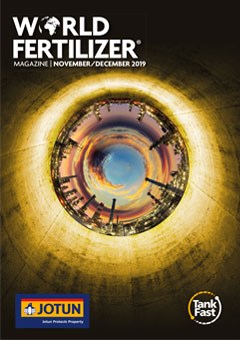 Fire has certainly been a hot topic of 2019 – no pun intended. Wildfires raging in Brazil, Siberia, Australia and California, US, among many others, have received major media attention, with many of the fires a result, at least in part, of human action.

The role of human agency was briefly mentioned in our September Comment, with environmental organisations and researchers determining that cattle ranchers, farmers and loggers were major instigators of the Amazon rainforest fires, burning down areas of land for agricultural purposes.

However, this is not the only wildfire of the year where humans have had a direct impact. In the most recent wildfires burning their way through Australia’s New South Wales state, a 19 year old volunteer firefighter has been charged with deliberately lighting blazes within the bushfire crisis. Although he is not being held responsible for the six deaths and over 650 homes already lost to the flames, his actions have exacerbated an already dire situation and further stretched the firefighting crews who are under immense strain from tackling the naturally occurring fires.1

Death and destruction can be a devastating result of fire, and contact with volatile chemicals will accelerate the situation considerably. This is something the fertilizer industry is well aware of. In April 2013, an ammonium nitrate explosion at the West Fertilizer Co. storage and distribution facility in West, Texas, US, killed 15 people and injured over 160 others. The explosion was caused by a fire which had been deliberately set.

As a result of the incident, the US Environmental Protection Agency (EPA) set out an amendment to the 1996 Risk Management Program (RMP), which was finalised in 2017, just days before President Barack Obama left office. The ruling put in place safety regulations which would make it easier for the public to access hazard-planning documents and require increased coordination between facilities and first responders. Furthermore, the rule would require companies to hold more frequent meetings and training sessions with employees, and provide increased emergency planning information to local officials.

However, the regulation was widely unpopular throughout the chemical industry. Thus, on 21 November 2019, the EPA released the RMP Reconsideration final rule, which seeks to modify and improve “the existing rule to remove burdensome, costly, unnecessary amendments while maintaining appropriate protections and ensuring first responders have access to all of the necessary safety information.” The ruling has been responded to positively by first responders, State Attorney Generals and Secretaries, members of Congress, and trade organisations alike.

How this new amendment will play out is to be seen but if you are interested in learning about how NIIK are improving the safety of ammonium nitrate-based products by reducing their explosive properties, turn to p. 37 to read their article.