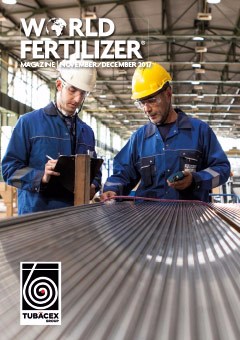 This Autumn, Germany hosted the 23rd annual Conference of Parties or COP23 meeting in Bonn; essentially the latest round of the UN’s global climate change initiative. Whilst the 2015 Paris meeting was somewhat of a game changing event that saw the world pledge to keep global warming ‘well below’ a notional 2°C hotter than pre-industrial levels, and in doing so sent a clear signal that the era of fossil-fuels was ‘under review’, this year’s meeting was more of an exercise in keeping the process on track.

President Trump’s June announcement that the US would renege on the deal could have derailed the whole process but conversely only served to harden the rest of the world’s resolve to push ahead regardless. The key message being that a global commitment to arresting climate change and the resultant episodes of extreme weather, is too important to let slip.

2017 has already witnessed a slew of climate related events including devastating hurricanes across the Caribbean and wildfires in the US and Europe. These catastrophes certainly helped the negotiators at this years meeting achieve their modest goal of beginning the arduous procedure of drafting the rules and delivering on the fine print that would help put the landmark 2015 Paris agreement into practice. Ultimately, the rulebook has to be finalised ready for next year’s COP meeting in Katowice, Poland, the location of which in Europe’s coal heartland, will be challenging in itself.

The fertilizer industry certainly has a major part to play in this process and should be involved in the dialogue. There can be no doubt that mineral fertilizers perform a vital role in increasing agricultural yields and feeding the rapidly expanding global population. However, we know that the production of fertilizers is energy intensive. It consumes large quantities of natural gas in particular, as both feedstock and as an energy source. The result of its production as well as its application is the release of greenhouse gas emissions that if subjected to new climate change policies, such as an emission trading system, will inevitably have an adverse effect on the profitability of fertilizer production. When you consider that according to a recent report, the equivalent of 0.5 kg of CO2 is released into the atmosphere for every loaf of bread produced in the UK and that farming produces a third of all greenhouse gases, 40% of which are directly related to the production and use of nitrogen based fertilizers, the impact of climate change legislation could indeed be severe.

Huge strides are being made in energy efficiency at fertilizer manufacturing facilities and improvements to catalysts have resulted in ‘positive emissions’ reduction. However, these measures, mirrored across many key industrial sectors, are aimed at emission abatement rather than elimination technologies. For the world to realistically achieve its climate change targets, it must find ways to remove existing emissions from the air often termed, ‘negative-emissions’. Renewable energies and electric vehicles are helpful but not a panacea. It is a fact that manufacturing generates emissions – so do aeroplanes and it is hard to imagine a world without air travel. The solution is not simply about reducing levels of greenhouse gases currently being generated but also reducing the total amount that is already present in the atmosphere. As The Economist recently reported in its feature entitled, ‘Sucking up carbon’, “Of the 116 models the Intergovernmental Panel on Climate Change looks at to chart the economically optimal paths to the Paris goal, 101 assume ‘negative emmssions’. No scenarios are at all likely to keep warming under 1.5°C without greenhouse-gas removal”. 1, 2

Negative emissions technologies (NETS) do exist but are currently impractical on a large scale or are nascent at best. Governments are beginning to take notice and the UK has been the first to act pledging £8.6 million for research in this area. But significant further investment will be required to provide realistic solutions without which the lofty objectives of the Paris climate change agreement will be well short of the mark with or without US involvement in the process.

We would like to thank all of our 2017 readers and wish you all joy and peace over the festive period and prosperity in the year ahead.