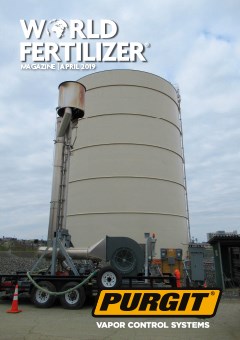 The sustained period of low prices for sulfur in recent months appears to be coming to a floor as buyers in major markets show tentative interest in spot purchases. The slowdown at the end of last year was driven by China as sluggish demand for imports failed to encourage pricing. A major driver for the outlook on sulfur pricing in the global market remains the balance between production and consumption. This has been a major theme plaguing the sulfur market for many years - the potential for a global supply surplus.

Starting out in the sulfur markets over a decade ago I recall there were at the time expectations for an impending wave of new oil and gas projects in the Middle East and Central Asian regions that were set to dramatically change the market balance. While some large scale projects have since emerged and led to the Middle East overtaking North America to become the leading producing region of sulfur, supply has grown at a much slower pace than previously expected.

During this time there have been major developments in supply in China. China was previously a relatively small producer of sulfur, representing around 10% of global supply in 2010. Since then, production has doubled and investment in recent years in the country’s energy sector raises major questions for global sulfur suppliers and trade patterns. China’s annual sulfur imports have historically represented around a third of total global trade at around 10 – 12 million tpy. With the rise of domestic supply at a time when demand in the fertilizer sector is not expected to grow at rates seen in the past 10 – 15 years, this leads to expectations of potential erosion of China’s import requirements. Around fifteen major sulfur sources across the globe currently export to China. Any drop in trade requirements would mean producers would need to divert tonnes to other markets. Markets that Argus expects to remain bright spots for demand in the outlook that may absorb some of these diverted volumes include Latin America, Africa, and the Middle East, with projects across the processed phosphate fertilizer sector and industrial markets set to influence trade.

Supply side drivers that could tip the balance to a slightly longer market in the medium term include the upcoming International Maritime Organization (IMO) 2020 maximum limit of sulfur content for fuel oil used by shipping vessels. The global cap comes into play from 1 January 2020 with mixed consensus on how this will be dealt with. There are a range of options open to the shipping industry to meet the new regulations from scrubbing technology to switching to marine gasoilor compliant low sulfur fuel oil. Argus research indicates that many refiners will likely blend high sulfur fuel oil and very low sulfur feedstock to produce the low-sulfur fuel products and in this scenario, sulfur recovery would likely increase.