‘The Fertiliser and Nitrogen Compounds Industry in South Africa 2019’ report is now available to read on ResearchAndMarkets.com. 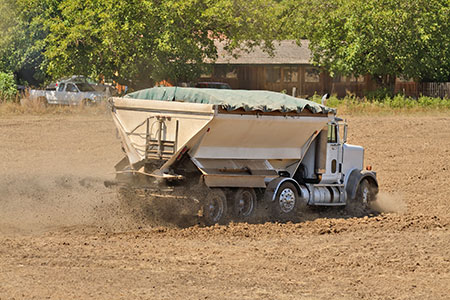 This report focuses on the manufacture, wholesale and retail of fertilizers and nitrogen compounds in South Africa and the factors influencing the sector's success including competition and regulatory issues. There are profiles of 41 companies, including major players such as Sasol, Foskor and Omnia, which is building a nitro phosphate plant in Sasolburg at a cost of R690 million.

In 2017, the estimated value of purchases in the fertiliser industry was R13.8 billion, representing 9.5% of total purchases in the agricultural sector, according to Statistics South Africa. South Africa remains a relatively small player internationally but it has one of the largest and most sophisticated fertiliser markets on the African continent. The fertiliser industry will be affected by the delay in the 2018/19 planting season due to drought, where it has been estimated that maize plantings reduced by 20%.

The industry is highly concentrated, with Omnia and Kynoch being the largest companies in the sector. Sasol and Foskor also play a large role as they are significant providers of inputs to the manufacture of fertilisers.

A number of rulings by competition authorities have had a significant effect on the sector. It may also be affected by the draft Fertiliser Bill, which will provide for regulation concerning raw material and licensing of facilities, and land expropriation. However, the industry may benefit from European Union regulations to reduce the level of cadmium in fertilisers, as South African fertilisers have low cadmium levels.

For more information, or to read the report in full, please click here.

Read the article online at: https://www.worldfertilizer.com/special-reports/03052019/new-report-on-south-africas-fertilizer-and-nitrogen-compounds-industry-sees-sasol-foskor-and-omnia-leading-the-competition/

A renewable hydrogen plant will be built to provide feedstock into the Yara ammonia operations near Karratha in Western Australia following the final investment decision on the project.