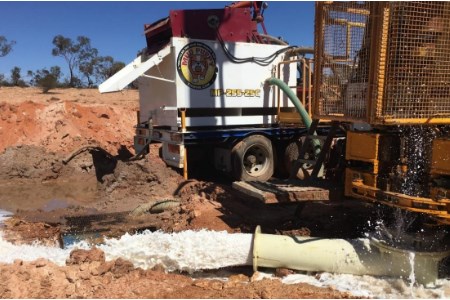 In the months ahead the company will drill and test pump further brine extraction bores along the eastern side of Lake Way. During May bores have been completed at Pads 8 and 21, with test pumping expected to be completed in the near term. In each case the primary basal sand aquifer was encountered in line with the company's geological model prediction.

Tony Swiericzuk, CEO, said: “Strong results from pumping our first brine abstraction bore validates work undertaken as part of the BFS and highlights the value of the paleochannel resource which will be a significant contributor of brine supply to our ponds over the life of the project.”

Read the article online at: https://www.worldfertilizer.com/project-news/21052020/salt-lake-potash-reports-positive-results-from-pumping-of-paleochannel-brine-extraction-bore/