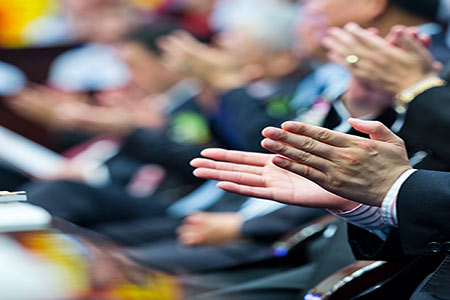 JDC claims that the IHP for producing phosphoric acid for agricultural and industrial use is a major advancement for the phosphate industry. The technology is a kiln-based process that avoids direct acidulation of phosphate rock, minimising the amount of waste and avoiding phosphogypsum production. Instead, IHP co-produces commercially useful aggregate for construction and road build called J-Rox.

The phosphate raw material contained an average of approximately 14% phosphate as P2O5 with high levels of silica and other impurities, including magnesium oxide. The company claims that it combined this low quality phosphate material with both clay and petroleum coke in order to make its kiln feed.

In addition to this, the super-phosphoric acid also contained approximately 2 ppm of cadmium, with approximately 80 – 90% of cadmium in the phosphate feed being eliminated during the process and captured in pollution control scrubbing systems. The process also significantly reduces levels of other trace heavy metals, such as lead and arsenic.

Timothy Cotton, CEO of JDCPhosphate, said: “This is a major milestone for JDC and our technology, showcasing IHP’s value as a cost-efficient and scalable new process.

“Our company, management team and stakeholders have dedicated a great deal of time and effort to prove the efficacy of this breakthrough process and we are very pleased with these recent achievements.

“Given the limited phosphate rock reserves in the world, it will be critical for future generations that we waste as little as possible of these vital resources. At the same time, we need to minimise the production of toxic phosphogypsum wastes and reduce the level of harmful impurities in phosphate products.

“The IHP technology will become a critical part of the global phosphate production chain.”

Luc Maene, former director general of the International Fertilizer Association (IFA), added: “For many years I have been hoping that innovative technologies will improve the sustainability of the phosphate sector, which is so critical for food production and so dependent on a limited natural resource. JDC’s IHP technology can make a major impact on phosphate sustainability by opening up new sources of phosphate rock while significantly reducing wastes. This squarely addresses some of the most pressing issues confronting the industry.”

Over the next few months, JDC claims that it will further upgrade its commercial demonstration plant for on-demand and sustained operations. By early next year, the Fort Meade plant will be able to test various qualities of phosphate ore raw material, allowing potential licensees to validate the process for the phosphate ore and silica sources they have available. JDC will then complete its process design engineering for commercial scale applications of the IHP technology.

In the statement, JDC claims that it is also looking into optimal routes to commercialisation of IHP, including expanding its operations in Florida.

Chris Fountas, a JDCPhosphate board member and General Partner of Arsenal, which manages the Florida Opportunity Fund, said: “JDC’s IHP technology will be key to extending the life of the phosphate industry in Florida and globally. The phosphate industry is an important economic driver in Florida that has seen operations curtailed due to diminishing local phosphate reserves and competitive pressures from producers around the world.”

JDC has been granted a number of US and international patents covering its IHP technology. The company will continue its efforts to expand its base of intellectual property as it makes further technology improvements.

Read the article online at: https://www.worldfertilizer.com/phosphates/07082018/jdcs-ihp-technology-successfully-produces-high-quality-super-phosphoric-acid/