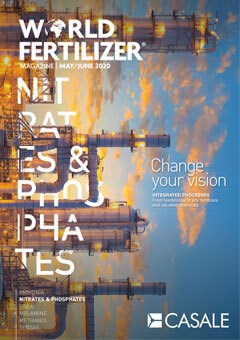 The start of 2020 has been unprecedented to say the least. Any plans and holidays that we had placed in the diary this year have had to be cancelled as the spread of COVID-19 has forced many of us out of daily routines and into the confines of our homes.

While disappearing from public life is a measure that the majority of the world have experienced periodically over the last five months, no disappearance has been quite as infamous as that of Kim Jong-un, who disappeared from public life on 12 April 2020 for 20 days.

Rumours of the North Korean leader’s ill health quickly spread throughout the world after he failed to attend the anniversary celebrations of the birth of his grandfather, state founder Kim Il-sung on 15 April 2020. The anniversary is one of the biggest events in the North Korean calendar, and Mr Kim usually marks it by visiting the mausoleum where his grandfather lies. Until this year, Mr Kim had never missed this event.

However, on 2 May 2020 the state news agency of North Korea, KCNA, reported that Mr Kim cut the tape at the ceremony marking the completion of Sunchon Phosphatic Fertilizer Factory in Sunchon, north of Pyongyang, North Korea’s capital. While the mystery of Kim Jong-un’s disappearance and reappearance has all the makings of a best-selling novel, perhaps a more worthy story that deserves attention is the plight of the 25 million people living in North Korea.

In recent years the country has been suffering from severe food shortages. In 2019, it was reported that four in every 10 North Koreans were chronically short of food.1 Following poor results in the country’s 1Q19 harvest, food rations – which feed about 70% of the North Korean population – were cut from 550 g (19.5 oz) to just 300 g per person in May 2019. This is the equivalent of 1.5 cups of cooked rice.

As those of us in the industry know, fertilizer is essential in order to boost crop production. Therefore, let us hope that the completion of this plant leads to an improvement of crop yields in order to feed the country’s undernourished population.

Brighter prospects seem not only on the horizon for North Korea but the rest of the world as well. Although we are all tired of talking about COVID-19, many nations are seeing their numbers of deaths and new cases fall as a result of social distancing. This has resulted in many countries at least beginning to alleviate lockdown measures.

The question of the first place we will go following a return to normal society is now as common in British conversation as the weather has been for centuries. Many hope to escape abroad, others just want to see their friends and families they have for so long been forced apart from. Some of us, particularly within this industry, may even find that our first public outings may follow in the footsteps of Kim Jong-un and lead us to a fertilizer plant.

Whatever your plans, wishes and dreams may be when some semblance of normal life returns, we at Palladian Publications would like to once again wish you the best of health in these difficult times. We hope you enjoy the latest issue of World Fertilizer and look forward to meeting you all at an industry event in hopefully the not too distant future.