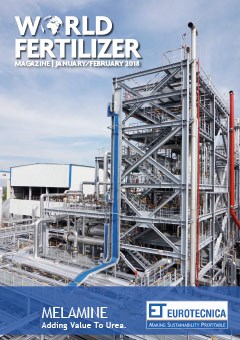 The financial world in 2018 feels a little healthier than perhaps it has done for some years. Following a decade of economic malaise, there is a growing sense of optimism as we head into the New Year. Whilst global economic growth is only predicted to amount to a modest 2.9%, it is occurring in all the right places – the European Union, the US, Russia, Brazil, China, India, Indonesia, Malaysia – and wages are finally starting to head upwards. There is even the FIFA World Cup to look forward to in Russia in June/July – a surefire way to lift the collective mood. However, 2018 will not be without its challenges and none more so than the worsening geopolitical landscape in a number of key regions of the world, as well as the prospect of further extreme environmental events that seem to have become the norm in recent years rather than the exception.

The publishing industry faces its own distinct challenges, not least of which are the rise of social media channels and the concept of ‘fake news’. This is a concern much publicised by US President Donald Trump, who has recently unveiled his winners of the ‘Fake News Awards’ on the Republican Party’s website in a broadside at major US media outlets. However, whilst ‘fake news’ is nothing new and has been utilised for years in various forms of propaganda, what has changed is its ease of dissemination via social media and the subsequent shadow it casts over news and media in general whether truly false or in fact genuine news. In a recent international survey commissioned by Two Sides, an initiative which supports the graphic communications industry, 76% of global respondents agreed that ‘fake news’ was a worrying trend for the industry with just 24% of this global survey trusting the news stories they read on platforms such as Facebook and Twitter. Interestingly, but not good news for President Trump, in the UK, New Zealand and South Africa, just 16 – 19% of respondents trusted news on social media, whilst a far larger 35% of respondents in the US trusted these news outlets.

The same international survey also revealed that when asked about different forms of communication, respondents still overwhelmingly (72%) preferred to read magazines over digital options. They felt they gained a greater understanding of the story when reading print media (65%) rather than online sources (49%) and 80% of those surveyed read a printed magazine at least once a month compared to 56% reading digital magazines. Similarly, 69% found reading printed magazines more enjoyable than digital alternatives. There were some regional variations, with 75% of Germans preferring to get their news in print whilst, in Spain, only 43% opted for print, and the French demonstrated their affection for printed books with 85% opting for this format over e-readers. However, in general, there was a strong suggestion that respondents were becoming increasingly aware that the overuse of smartphones, tablets and computers was not conducive to good health, with 69% believing that it is important to ‘switch off’ and enjoy more print.

As a largely print-based publication first and foremost, these findings are good news for World Fertilizer and we trust also for our readers. In fact, in 2018 I am delighted to announce that we will be further increasing the number of issues we publish from six issues in 2017 to eight issues, allowing us to provide even more depth to our coverage of the global fertilizer sector. We have seen rapid growth from the two issues we published at our launch in 2016 and we look forward to sustaining this momentum and serving our readers in the years ahead. However, we are not purely print-based and for those of you who do prefer the digital format, please register on our website and then download the World Fertilizer app from either iTunes or Google Play for Android devices, or visit www.worldfertilizer.com to access either a PDF or flip-page version of every issue of World Fertilizer.

We wish all of our readers a happy and prosperous 2018 and hope that you will benefit from the 25% uplift in copies of World Fertilizer delivered directly to your desk this year whether in print or digital format.