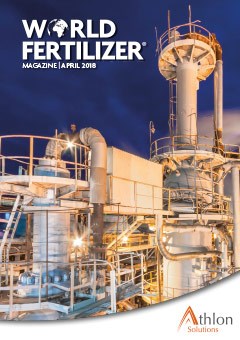 Cricket, a bat and ball game played between two teams with the aim of scoring more runs than the opposition, has been viewed since Victorian times as the very definition of a gentleman’s sport. Indeed ‘The Laws of Cricket’ actually specify that as well as observing the rules, cricketers must always play within the ‘spirit of the game’. In this regard, the captain’s role is key in ensuring that the game is not brought into disrepute. The expression ‘it’s just not cricket’ is born of this deep respect above all else for the manner in which the game is played and has come to apply to anything that is deeply untoward, unfair or dishonest.

Imagine then the furore that is currently gripping the cricketing world over the Australian team’s use of sandpaper to tamper with the ball to their advantage during a recent Test match against South Africa. For cricket mad Australia, the actions of these players including the team captain, have shaken and saddened the nation and as one of the players involved has said, it has left ‘a stain on the game we all love’.

This is perhaps a seminal moment for cricket but so too is it for the so-called ‘Faang’ stocks (Facebook, Amazon, Apple, Netflix and Google) that as this issue went to press have fallen heavily and steadily on the stock market in recent days. Until now, the share prices of the big US tech stocks have been robustly underwritten by widespread confidence in their future prospects. However, if that sentiment has been undermined by recent events at Facebook, this could well be a watershed for the industry.

Facebook has become embroiled in a data breach by Cambridge Analytica, a firm in turn linked to President Trump’s 2016 election campaign. It is alleged that the firm harvested the data of 50 million Facebook users, without permission, and then used this information to micro target voters in the US election. That ‘team captain’ Mark Zuckerberg appeared to handle this situation badly both at the time that the breach occurred and then again when it became public knowledge has put the company’s business model in a worrying light. In the same way that the Australian cricket team has brought the integrity of global cricket into sharp focus, questions are being raised about the effects new tighter data regulations could equally have on all of the Faangs and indeed the data analytics industry as a whole – it had already knocked 12% off Facebook’s share value and 8% off Google at the time of writing.

Facebook’s relationship with the privacy of its users has long been questioned as well as the manner in which it employs surveillance of these users to generate its revenue. It displays adverts depending on user’s locations and interests learnt through their browsing history. To date, these activities have been lightly regulated but genuine change is afoot. A new European directive comes into force in May, the General Data Protection Regulation, which will make it more difficult for tech companies to pass on information to third parties for marketing use.

It remains to be seen how effective this new directive will be and the impact it will have first in Europe but potentially beyond as other nations or regions adopt it or something similar. However, what is clear is that the perception of a company or sport can change very quickly. Facebook and Australian cricket were seemingly at the top of their game and their positions unshakable but an awful lot can happen in a very short time...

This month’s issue has a regional report on North America and a keynote article on the global sulfuric acid sector. It includes features on process control and storage, as well as a range of other technical topics and will be distributed at both the Syngas 2018 event in Tulsa and the Clearwater Convention in Florida. If you are attending either of these events, we would be delighted to meet you.