Green ammonia, produced from renewable energy, is a fuel and fertilizer that can potentially replace significant volumes of fossil fuels and help accelerate the transition to a world powered by renewable energy. A partnership of Danish companies has announced an ambition to realise this potential as soon as 2022, with plans to develop a green ammonia plant at the commercial scale of 10 MW power. 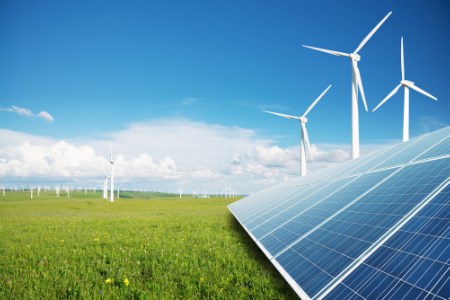 The project has been developed by Skovgaard Invest, supported by Vestas, a sustainable energy solutions company, and Haldor Topsoe, a company specialising in catalysts, technology, and services for the chemical and refining industries. The plant will be located in Western Jutland, Denmark, and will produce more than 5000 tpy of green ammonia from renewable power. This production will prevent 8200 t of CO2 from being emitted into the atmosphere every year.

12 MW existing V80-2.0 MW Vestas wind turbines and 50 MW new solar panels will power an electrolyser unit that will produce hydrogen which will subsequently be processed into ammonia. Such processes are commonly referred to as “Power-to-X”.

Green ammonia has huge potential in the global effort to substitute fossil fuels with sustainable alternatives. It has been highlighted as a superior green fuel for international shipping that currently accounts for around 2% of global energy-related CO2 emissions. Already today, ammonia is used as fertilizer globally and the production from fossil fuels accounts for around 1% of global CO2 emissions.

The cost of green ammonia is currently significantly higher than that of comparable ammonia from fossil fuel. To improve the business case and increase the attractiveness of green ammonia as a substitute for fossil fuels, Haldor Topsoe and Vestas are developing a dynamic, scalable and cost-optimised solution.

Haldor Topsoe will design the plant’s fully dynamic ammonia technology to secure optimal production and adapt to the inherent fluctuations in power output from wind turbines and solar panels. The ammonia plant will interface to a green hydrogen solution developed by Vestas, integrating electrolysis with wind and solar in one smart control system. In addition, the renewable energy generation will be connected directly to the national grid so surplus power can be sold to the grid.

When in operation, this lighthouse project will deliver proof of concept and experience that can pave the way for larger Power-to-X projects in the future. The project has been specifically designed to provide the necessary know-how and operational experience in order to upscale the dynamic ammonia plant in new projects.

The partnership will jointly invest in the project and has applied for public co-funding.

“This project proves to the world that we can produce a very clean fuel from renewable power at industrial scale as soon as in 2022. We have available the technologies we need to begin the transition towards renewable fuels and reduce carbon emissions, and with the innovations in this project, we push the limits for how fluctuating renewable energy is used in direct synthesis of clean fuels. Haldor Topsoe is already involved in several of the world’s largest Power-to-X projects, and we are very proud to deliver and further develop our ammonia technology as a partner in this project that underlines Denmark’s globally leading position in Power-to-X,” said Kim Grøn Knudsen, Chief Strategy & Innovation Officer, Haldor Topsoe.

“We expect this to be the first plant out of several in Western Jutland, where both existing and new onshore renewable power projects can deliver cheap renewable energy for Power-to-X applications. In Skovgaard Invest, we have the ambition to develop more and larger Power-to-X projects in the region, and we see many potential off takers, for example within agriculture, the marine industry, and export potential out of nearby industrial harbours,” said Jørgen Skovgaard from Skovgaard Invest.

“We are excited to be part of a project that highlights how Vestas is uniquely positioned to integrate renewable energy with other technologies. This project signals a leap forward for the energy transition and highlights the viability of electrification beyond the power sector, already in the near future. With 40 years of experience in developing competitive renewable energy solutions, Vestas is proud to help lay the foundation for scalable Power-to-X production,” said Kasper Roed Jensen, Vice President in Vestas Innovation and Concepts.

Read the article online at: https://www.worldfertilizer.com/environment/09122020/danish-partnership-sets-out-to-build-commercial-scale-green-ammonia-plant/